I was talking to the manager of this shop while I was trying out an American Deluxe Strat and spotted the back of a TSL/DSL type amp. I mentioned the problems with my son's TSL100 (which went bang and took out a tube a couple of weeks ago) and he said:

Marshall won't admit it, but there's a problem with the PCB layout in the low serial number units. You can get a replacement PCB for about Â£78.

I think Matt's is an issue 1 or 2 PCB, the diagram I've seen is running at Issue 5.
Top

interesting. . . i played a TSL that i bought new in 2001 for about 7 years with very few problems. the one time it did fuck out on me was due to shitty wiring at a club that killed 2 other bands' amps that same night. not saying my experience was the norm, but this is the first i've heard of that problem being widespread.
Click Here for tickets to my Christmas production
Check out Runway Runaway by Saturday's Child

dots wrote:interesting. . . i played a TSL that i bought new in 2001 for about 7 years with very few problems. the one time it did fuck out on me was due to shitty wiring at a club that killed 2 other bands' amps that same night. not saying my experience was the norm, but this is the first i've heard of that problem being widespread.

Matt's is 1999, so maybe they got things sorted by the time you bought yours.
Top

I'll have to check my DSL50 when I'm at home this weekend- I bought it used in 2001 but I don't think the dude had it that long. I've only ever had one problem with it, where the channel switching went kaput- but it was a 10 quid fix by my friendly local amp tech dude.

I guess something woulda gone wrong by now if it was gonna, but cheers for the headsup!
andrew floss musics
Top

(obligatory zombie reference there...)
It seems the early PCBs were not good quality and can become poor insulators as they get hot. Apparently the solution if you don't want to shell out loads on a new PCB is:
► Show Spoiler 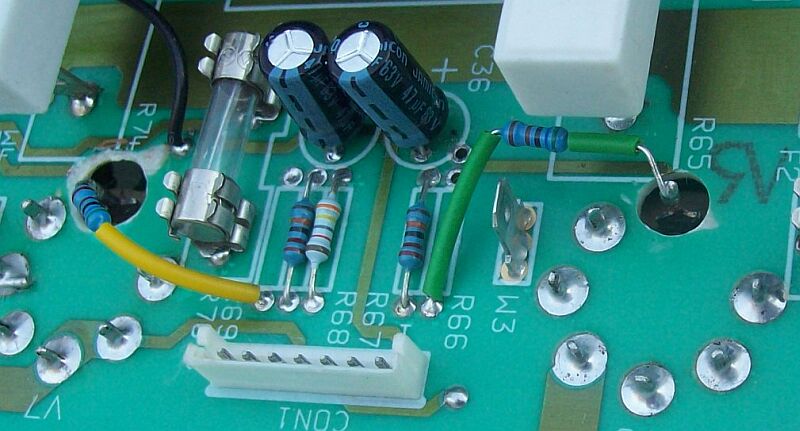 Dremel a sodding great hole around pin 5 of the EL34 and wire direct to it.
Full story at The Marshall TSL122 JCM2000 Repair/Mods Page

So I'll be trying that soon.
Top

i've experienced a bias drift problem while working on a friend's tsl100. installed new flameproof lower tolerance resistors and it helped a lot. brought it back later after power tube failure, there was some arcing and i had to replace tube sockets. i think he eventually got rid of it. between that and the jcm900 sl-x bullshit i went through i have a hard time trusting marshall at that much.
Top 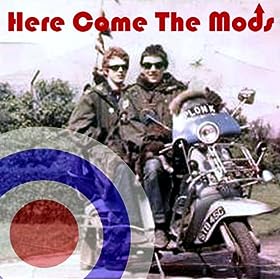 Finished and ready to reinstall

I had issues with overheating in my DSL 401 combo within a few months of buying it...the preamp valve heaters didn't work (I pinpointed the problem by physically looking at the valves in a darkened room and running my signal into the FX loop return socket instead of the amp's input). Fortunately it was still under warranty at the time so Marshall put it right (somehow) free of charge. It's allegedly a problem that plagued the early production run, and tweaks to the design mean that later units are okay. Something to do with adding heat sinks or something (too lazy to check google at this late hour of the night).

Circuitry-wise, the EL84-powered 201 and 401 are very different beasts from the 50 and 100 watt heads, so I'm not sure how much help that is to you. tl;dr version: they overheat and the quality of the soldering on the PCBs makes that otherwise minor quirk a potential catastrophe. Suffice to say, the whole saga put me off Marshalls and I never trusted them since. A shame really, since the 401 is a nice little amp when it works properly.
Top

Right, it looks like I've been barking up the wrong tree, though the corrective work done so far is still probably A Gud Thing. It still ain't fixed.

When I put the valve base back on the PCB, I didn't put them back in the same order. So when after a few minutes I started getting a lot of noise and one tube started to glow, I turned off the HT quickly ("standby") and may have saved the valve. I realised it was probably in the valve base from the previously dodgy (end) position.

Back when this saga first started, when I first removed the valve bases from the PCB, there was some discoloration and missing trace around one of the heater pins, and the grid resistor was blown. I cleaned it up - there's no visible sign of tracking - but, nevertheless, that's what it must be. So, next step - replacement valve base.
Top

Replaced the valve base way back when and it solved that problem. Matt continued to use it in 50W (two valves) mode with an 8 ohm cabinet plugged into the 16 ohm socket for a while until he got a Blackstar with artiste discount.

However.. last week when looking at marshallforum.com I found a reference to "the TSL earthing problem" as a reason for the little cap C46 blowing. It turns out if you use any speaker socket other than the 16 ohm socket you rely on an earth connection that is switched through the 16 ohm socket and the the solution is to simply wire across it to avoid the possibility of a dodgy earth on the output when you are using the 8 ohm/4 ohm sockets. Forgot to take a picture after "soddering" the link.
Top
Post Reply
11 posts • Page 1 of 1