Do any of you make your own, and if so how do you cut them? you can use laminate bits too. they are less expensive and work just fine on plastics (never tried on metal). I usually use them cutting the pup cutouts and router bits for use on wood templates. They also work on aluminum. someone should sticky/wiki something on making PG's because it is asked quite frequently.

I use a Bosch Colt router. You could probably use a Dremel with a router bit. The main thing is to have the speed so it doesn't melt. Even if you could cut or saw it cleanly, nothing beats a router for the perfect edge. My router is really too small to make bodies with, but I have done it a few times now. It just takes a lot more sanding later on. Otherwise I like the Colt. You can use it with one hand, which frees up your other hand to SHUT IT THE HELL OFF.

The ideal router is built into a table like the one in those photos. You can use wider shaft bits, with greater depth and stability. But routers are serious shit. I hit the side of the table and the bit shot out like a bullet in the other direction. But it could have come right at me, spinning at 1400 RPMs with razor sharp blades.

It depends on whether or not you like to make shit, but I love being able to do this stuff though I buy them most of the time anyway.
Yell Like Hell
Top

I always saw my pickgards with this one..cheap and precise .. 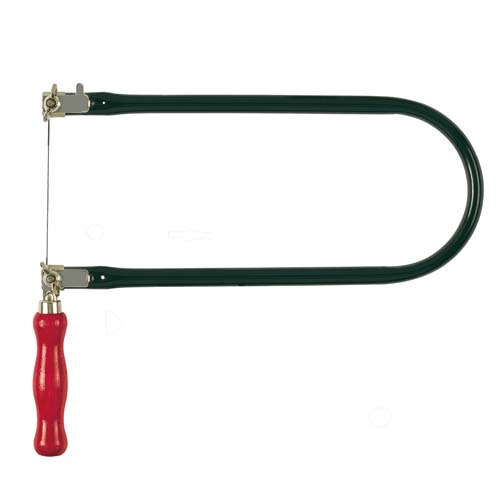 Can anyone recommend a router bit for cutting a 60' bevel on pickguards?
Top

SherwoodJim wrote:Can anyone recommend a router bit for cutting a 60' bevel on pickguards?

the cheapest I could find was this one by trend link
other than that you are getting into big bucks. Why not go with a 45 Deg?

SherwoodJim wrote:Can anyone recommend a router bit for cutting a 60' bevel on pickguards?

the cheapest I could find was this one by trend link
other than that you are getting into big bucks. Why not go with a 45 Deg?

Here's a great Youtube video that takes you from making template to finished pickguard. It's Russian and there are no words, but self explanatory.

"I'm like the monkey screwing the skunk. I haven't had enough, but I've about had all that I can stand!"

I haven't watched/read ANY OF THIS. It would have been enormously useful if I had. Oh well.

I've made exactly two pickguards in my life. One was ten years ago, for my Burns Nu-Sonic, where I bought a large piece of b/w/b pickguard material and cut it myself. It was dreadful, I never sanded it and the bevelling was pretty inconsistent. If I'd spent more time on it, it could have been better. But I was eager to get the pickups installed and be playing it, so it stayed the way it was until I reverted back to the original setup.

The second was literally last night (see my other Teardrop-related thread). I had a self-adhesive piece of pearloid material designed for making those thin scratchplates you mount next to acoustic soundholes. It wasn't really think enough to be a "proper" pickguard, so I layered it on top of a black, then a white piece of acrylic plastic. The two acrylic pieces were cut to shape using a foamed PVC template I drew by hand, then laminated together using brushed on polystyrene cement. Once the white and black layers were solid, I sanded them, then stuck the pearloid on top of the black layer using superglue applied to the underside (I imagine it was acrylic too, but I didn't want it react weird with the existing adhesive, which on its own wouldn't have had the strength to withstand sanding or hard use). Once this was set, I did some more sanding, then a light bevel by a combination of scraping with a blade, then some light sanding to give it a nice shine.

I used a grind stone to try and get the recesses in the screw holes but it's a little worn out and wouldn't make much headway, so I'm waiting for some new ones to get here.

Otherwise, it looks great! Quite happy with it. I have three more sections to cut out and make so I'll take some photos as and when I get around to it.

One thing is certain, with the relative cheapness and availability of thin acrylic sheet on ye olde internet, I'll likely never by actual scratchplate material again. I'll just laminate my own.