Saw this somewhat local in VT on Facebook marketplace (79 miles but windy mountain roads so was more like 2 hours than 1) for $200 and jumped on it, seller came back and realized she lowballed and asked it I could do $250. I obliged, even after I realized it had been defretted.

Here it is next to my other signature model guitar, I guess I now have a growing collection of gaudy signature models (MCR during the Danger Days era always kind of reminded me of the 90Ã¢â‚¬â„¢s Japanese rock that Hide was known for in his later career so these two go together in my book) I really need frets on this thing cause it sucks as a fretless. The cheapest quote I got in the area was $300. Ideally IÃ¢â‚¬â„¢d like to find a replacement neck but nobody makes them! Warmoth can make Jagstangs and Swinger bodies but no Mustang/Musicmaster bass neck, itÃ¢â‚¬â„¢s like they hate money!
Top 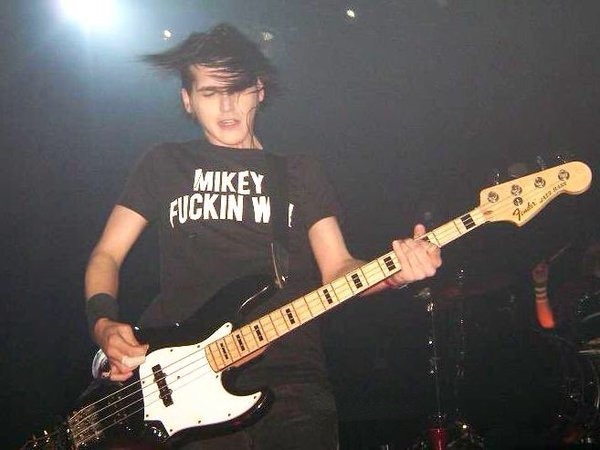 The Fender JMJ Neck doesn't fit. Aesthetically and literally. I really do like it though, I'm debating saving it for a future project (for what I paid I don't think it will lose value if I decide to sell later on), or returning it.

The Squier Classic Vibe neck fit super tight but it fit. I'm really liking this one, it's a little chunkier and glossier than the Mikey neck but it doesn't have a skunk stripe to feel so that's nice and I think the amber looks kinda cool on it: I think the black strat knobs were stock but they need to go, will pick up some Mustang knobs tomorrow
Top

I see them porgs, Nick